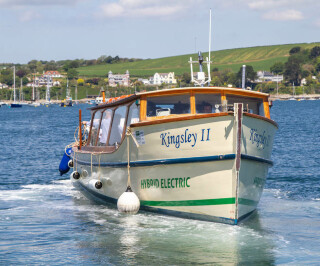 Hybrid Electric Ferry on show for the G7

A cutting edge ‘green’ hybrid-engined ferry, powered by state-of-the-art Lithium-ion batteries, has been developed, trialled and successfully operated commercially on the River Fal, situated in an Area of Outstanding Natural Beauty.

Fal River Cornwall (Cornwall Ferries Ltd) have put their classic wooden ferry “Kingsley II”, that was originally built in 1934 by Percy Mitchell in South Cornwall at the disposal of a team of expert engineers from REAP Systems, supported by global battery manufacturer GS Yuasa.

The project, named “HEVIMA”  Hybrid Electrical Vessel propulsion with Integrated Motor Assist’, used the ferry as a test bed for a new electric and diesel hybrid engine. This is the first hybrid diesel electric engine to be retro installed in a passenger ferry of this scale in the UK and the scope for transforming emissions on all rivers, waterways and coastal traffic worldwide  is huge.

The G7 meeting has as one of its top priorities the discussion of the Climate Emergency and agreeing actions to reduce carbon emissions preparing for COP26 later this year in Glasgow. Here in Cornwall, a small family owned ferry company, Fal River Cornwall has been active with world-wide experts in testbedding clean maritime propulsion systems and other green initiatives which can have significant global impacts to reduce emissions in the marine sector.

Our partners in HEVIMA include many of the leading names in British marine research and development,  REAP Systems who worked with GS Yuasa,  Babcock International, Lloyds Register, Marine South East,  Southampton University, Mainstay Marine and Innovate UK. But also the project involved an array of leading international component suppliers and how apt that many of these critical component suppliers are drawn from the G7 countries - a metaphor for the cooperation that is required globally to tackle climate change. Critical suppliers include Japanese, South Korean, German, Austrian, British developers and manufacturers.

GS Yuasa technical specialists from their UK battery plant in Ebbw Vale worked closely with the project teams to deliver an innovative, safe and certified battery suitable for marine integration. This achieved approval from Lloyds Register and the Maritime & Coastguard Agency for commercial use.

GS Yuasa is a market leader for industrial and vehicle batteries. Their range of Lithium-ion battery cells are renowned for quality and reliability and well suited to projects of this nature. The company has been involved in a number of significant ‘firsts’ with specialist GS Yuasa cells having been fitted to the International Space Station, Boeing 787 Dreamliner, Shinkai deep sea submarine along with countless Electric Vehicles as an original equipment supplier.

HEID Antriebstechnik is an Austrian company with 130 years of experience specialising in the development and production of clutches and brakes systems with various designs, adapted to the requirements of our customers. The Kingsley II features a bespoke clutch that connects directly to the engine, saving space.

During the G7 conference the Kingsley II will be alongside in Falmouth near the International Press Centre with opportunities to book interviews with systems designer Dennis Doerffel of REAP Systems, the principle engineer on the project  and Tim Smithies (Chairman of Fal River Cornwall) and other members of the project team.

Following the installation, the ferry was successfully operated in the summer of 2019 along the River Fal between the ports of St Mawes and Trelissick carrying thousands of passengers. The propulsion system operates on electric power in the Special Area of Conservation in St Mawes and in the upper reaches of the Fal and thus reduces carbon emissions and also noise pollution – improving passenger enjoyment.

Chairman of Fal River Cornwall Tim Smithies said “We have found passengers enjoyed the quieter engine operation and also were fascinated by these steps we are taking to address the UK zero carbon goals in the marine sector.  It’s also been great to work alongside engineers to improve the passenger experience  on  the new passenger service from St Mawes and Trelissick.  We operate in one of  Cornwall’s  Areas of Outstanding Natural Beauty and where nature and the sea  have such beauty and majesty – we want clean, safe transport systems connecting communities on the river and estuary.” 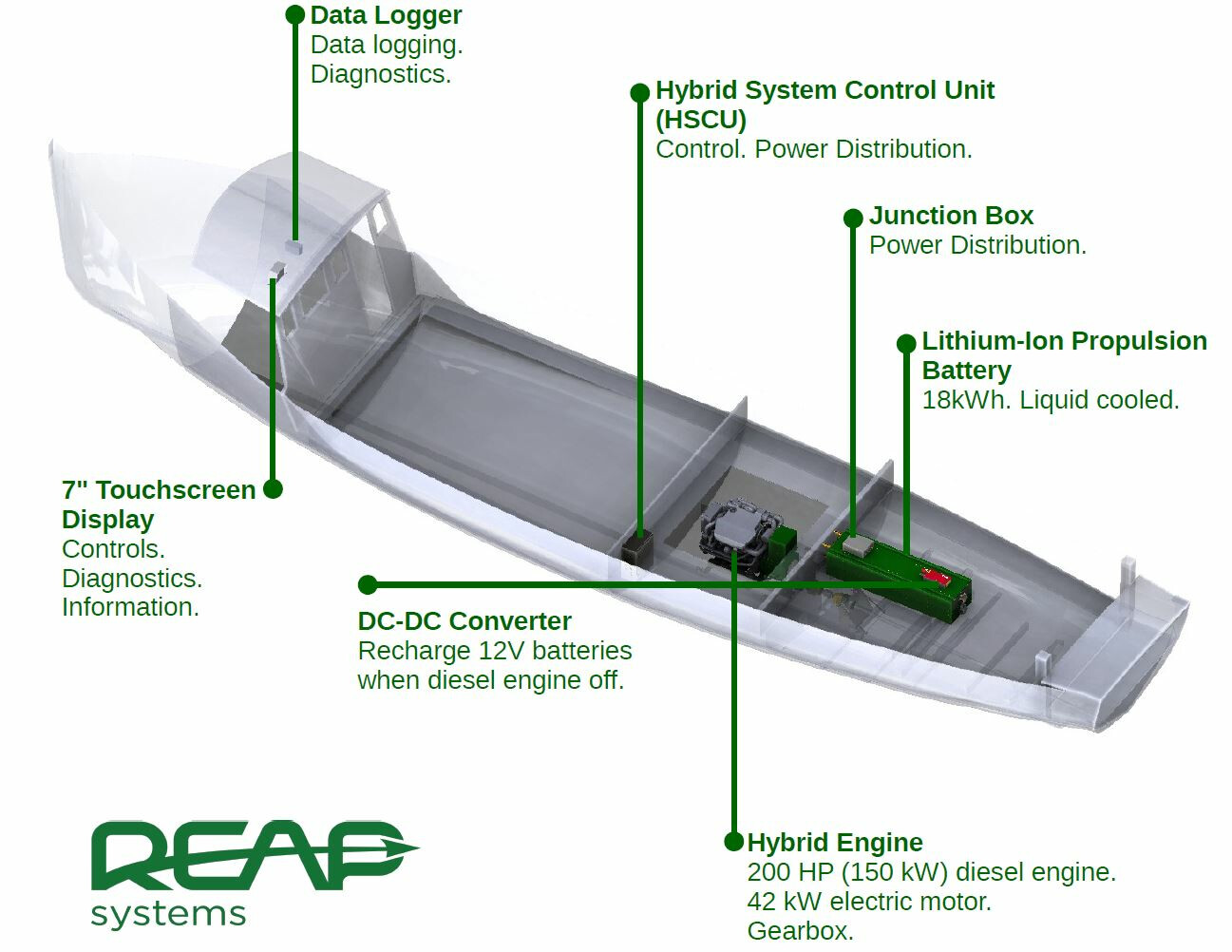 TOURS OF THE KINGSLEY II AND SPECIAL PRESS TRIPS DURING G7

The Kingsley II will be alongside the Watersports Centre in Falmouth on Thursday 10th, Friday 11th, Saturday 12th and Sunday 13th June between 10am - 5pm for tours and demonstrations with members of the project engineering team.

Just turn up and meet the team during the times above, no need to book to board. We will also be running some short cruises aboard the Kingsley on Thursday 10th and Friday 11th, please email Caroline to book a short cruise slot, caroline@falriver.co.uk or call us on 07773668193

Read all about the Kingsley II... 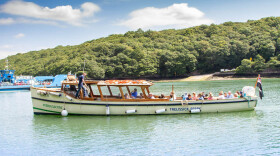 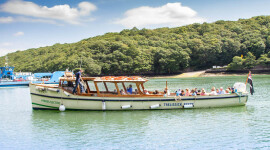 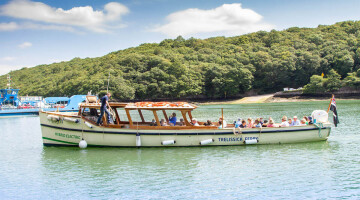 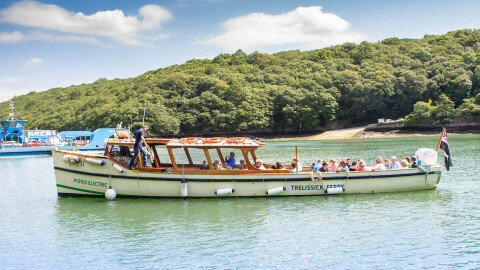