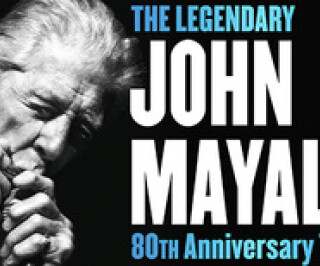 Sporting the formidable title 'Godfather of British Blues' and an OBE, John Mayall is regarded by many as blues' most influential artist.

Crowned Best Blues Band for two years running at the British Blues Awards, King King boasts a string of awards including number 3 in the top 20 albums worldwide of 2013 by Blues Rock Review.
With one of history's meteoric blues artists and today's innovative pacesetter- these two juggernauts of the blues world are not to be missed.