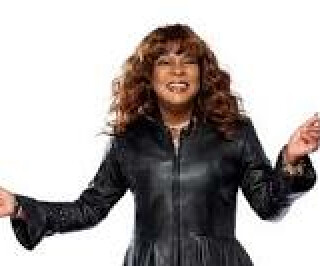 Martha Reeves is Motown's ultimate soul diva and lead singer of the girl group Martha and The Vandellas. During her time with The Vandellas, they scored over a dozen hit singles, including Nowhere To Run, Dancing In The Street, Heatwave, Third Finger Left Hand and Jimmy Mack.

After leaving Motown in 1972, Martha continued to expand her musical horizons, establishing herself as a singer/songwriter with few limitations, singing rock, jazz, country, gospel, blues and classical.

Martha continues to perform, both solo and with her Vandellas - sisters Lois (Motown-era Vandella since 1967) and Delphine (since mid-1980s).