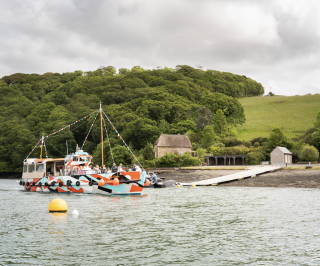 The newly painted Fal River Dazzle Ferry set sail on her maiden voyage on Saturday 25 May marking her 80th Birthday with some very special guests onboard.

Fal River Cornwall commissioned local artist Kleiner Shames to transform the 80 year old ferry, May Queen into an extraordinary floating work of art, to celebrate the many surprising layers of wartime history associated with the river, and the St Mawes Ferry itself.

The new paint job, which was revealed during The Greenbank Fal River Festival is inspired by 'Dazzle Camouflage' of the First World War. Unlike other forms of camouflage, 'dazzle' is characterised by brilliant, glaring geometric patterns and was used on warships to confuse the enemy, making it difficult to estimate a target's range, speed and direction.

Built in 1939, The May Queen (commonly known as The St Mawes Ferry) was commissioned as a pleasure boat on the beaches at Rhyl, North Wales. the ferry boat was requisitioned by the Royal Navy in World War II and served as a fire tug in the Liverpool Docks. Original Skipper and Crew of the May Queen, Pat Longfield and Roger Hardwick joined guests for the inaugural trip, regaling  passengers with stories of the vessels colourful past.

Also on board was ex soldier, researcher and writer Roderick de Normann, who shed light on Operation Overlord and the critical role of the River Fal as an embarkation point for thousands of troops, armour and supplies during the lead up to the D-Day Landings of 1944.

May Queen is one of three vessels that make up the fleet of ferries that sail from Falmouth to St Mawes. Each year, the entire fleet of classic wooden ferries come out of the water, and undergo refit, repair and repainting. The refit provided the perfect window of opportunity to invite Artist Kleiner Shames in and transform the boat. Once primed and ready, the 60ft ferry was painted in 5 days entirely freehand. 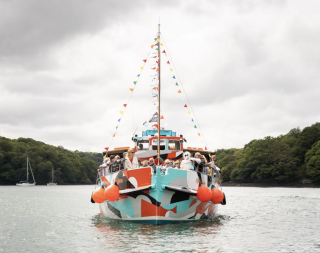 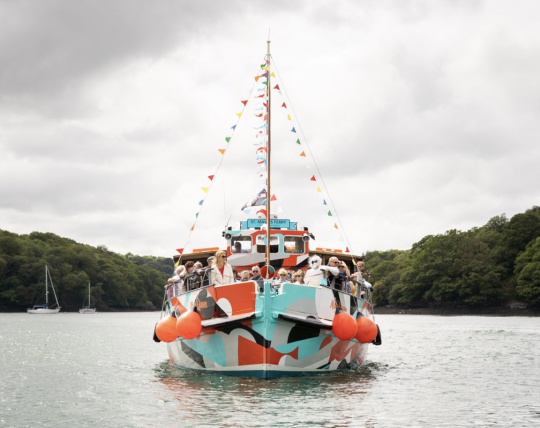 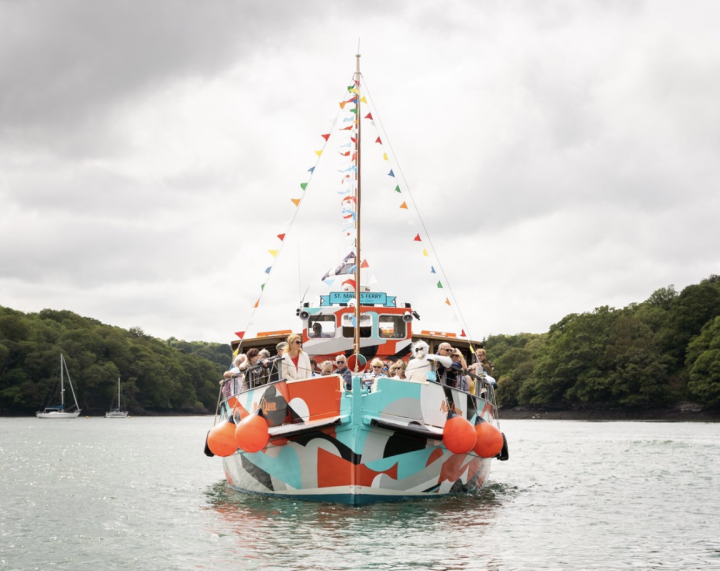 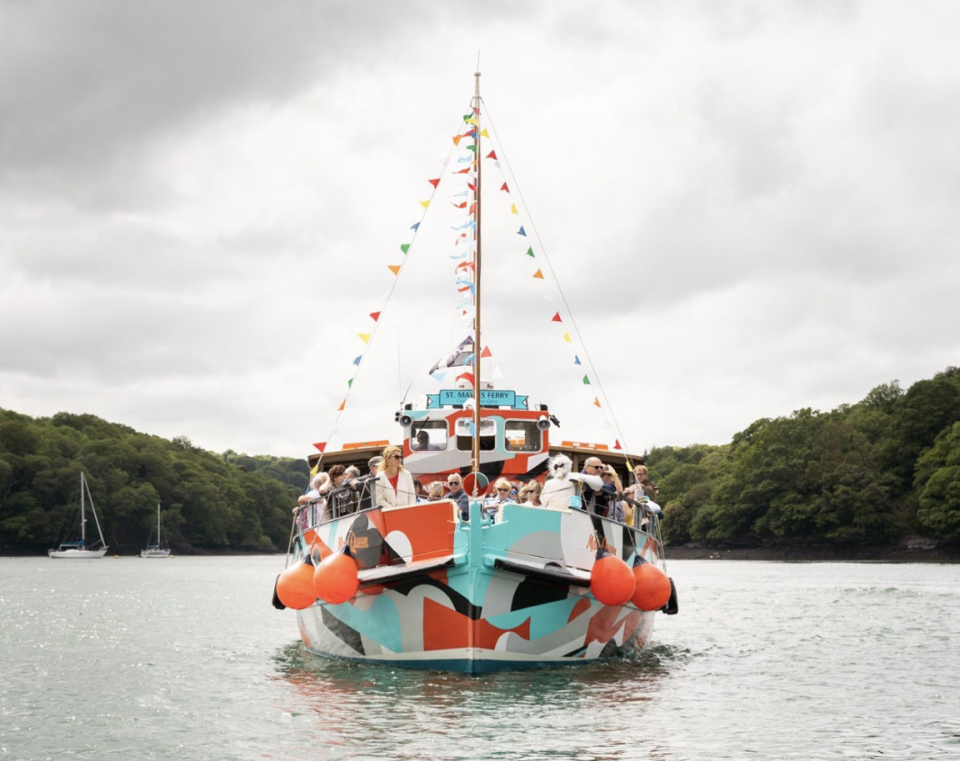 "Not only does the May Queen look spectacular, the project has been a great bringing together of the people, places, heritage and culture that are connected by our 80 year old ferry. We were delighted to welcome guests from across the country to help mark this fantastic occasion and look forward to sharing the May Queen's story with the wider public throughout the season."

The striking new dazzle ferry will be operating from Falmouth to St Mawes Monday - Friday until the end of September 2019. Hop on board and discover the many surprising layers of wartime history through the on-board exhibition. > See timetable

Hop on board the Dazzle Ferry...