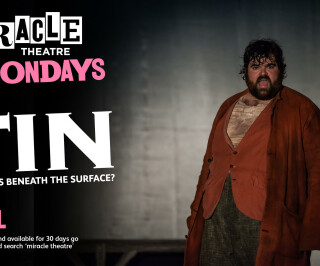 Some good news for theatre lovers, who will be missing a trip to see a show by Cornwall’s own Miracle Theatre during the summer months. Starting on Monday April 6th the first Monday of the month will officially now be known as a 'Miracle Monday'!

Miracle have been steadily building a library of films of its shows and are thrilled to announce that it will release a new production FREE to watch online from 7pm on the 1st Monday of each month throughout the Spring and Summer!

“This will be the first summer in 40 years that Miracle hasn’t been able to bring live theatre to the nooks and crannies of Cornwall, the Scilly Isles and the South West. We hope these films will bring back some happy memories and go some way to filling the gap!” said Miracle’s Artist Director Bill Scott

Each show will available to view for 30 days via Miracle Theatre’s YouTube channel from 7pm on its release date.

Monday 6 April First up is the stage production of Tin, a large scale collaboration with English Touring Opera commissioned by the Cornish Mining World Heritage featuring Cornish opera singer Ben Luxon and a wonderful community choir.  Filmed in April 20102 at the Hall for Cornwall, this production then went on to become a micro-budget feature film released in 2015 starring Jenny Agutter and Dudley Sutton alongside the theatre cast. Tin the movie is available to watch via video on demand. 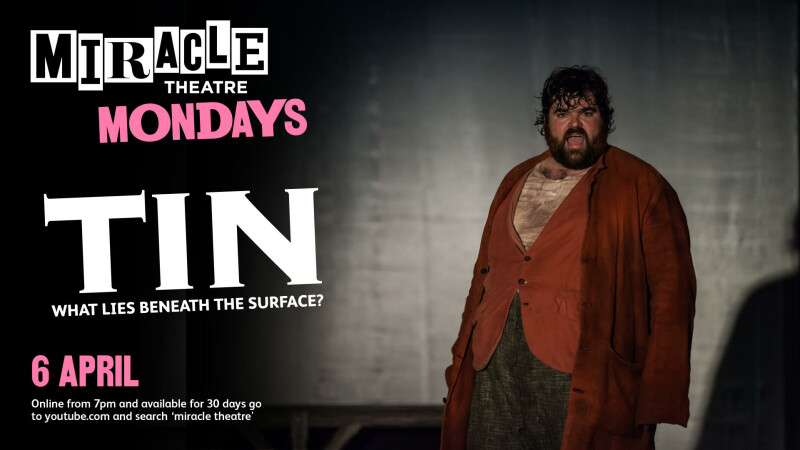 Monday 4th May ‘The Case of the Frightened Lady’ filmed in May 2014 at The Minack Theate.

Written by Bill Scott with music by Jim Carey, The Case of The Frightend Lady originally toured across the South West in 2005/2006. It won the Minack Trophy in 2006 and was subsequently produced for a tour of Ireland (North and South) by Bruiser Theatre.

Miracle went on to revive show complete with original cast as part of its special 35th anniversary program; this remains one of Miracle’s most popular productions to date.

It’s 1932 and Edgar Wallace, the Fleet Street editor widely known for his hugely popular and successful whodunits, gets a desperate call from his publisher. With only a weekend to produce a new novel, the indefatigable Wallace leaps into action.

Monday 1st June: The Importance of Being Earnest, summer 2012

Oscar Wilde’s ‘trivial comedy for serious people’ often cited as one funniest play ever written’ was a huge hit with audiences of all ages. With Miracle regular Benjamin Dyson portraying ‘Lady Bracknell’ (complete with beard) and full cast dancing the ‘Turkey Trot’ against a backdrop of the Atlantic Ocean it has classic Miracle hallmark throughout.

Miracle’s’ wild and wacky western’ with original songs by Tom Adams toured across the wild south west in 2015 with a handful of addition post show ho-downs thrown added in with live music and dancing for good measure! So gather up your posse and settle down to watch this rootin’-tooting’, side-splittin’, finger-clickin’, toe-tappin’, saloon-door-swingin’, double-cross-dressin’, Hoe-down dancin’, quick-draw slinging, Spaghetti Western adventure….YEEHAW!

Miracle Mondays, the first Monday of the month starting April 6th a new show will be available to view free for 30 days days via Miracle Theatre’s YouTube channel from 7pm on its release date. Go to Youtube and search Miracle Theate, settle down and enjoy!