It’s a crossing that takes 10 minutes, accompanied by the rhythmic clink of the chains and glorious views across the Fal River.

Hundreds of people make the journey every single day on our state-of-the-art chain ferry. But the ferry’s story, powered by steam and the seed of an idea, starts some 124 years earlier... 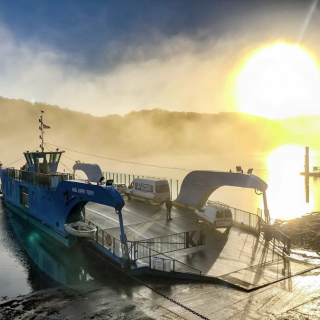 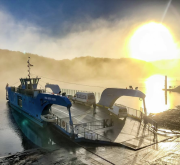 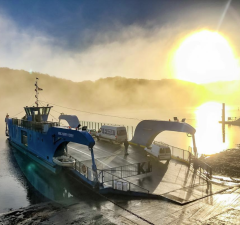 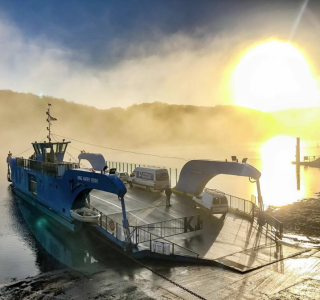 One of only five chain ferries in England, the King Harry Ferry supports an average of 200 commuter trips, 150 local businesses and up to 650 vehicle crossings each day.

In 1887, Colonel Arthur Tremayne of Carclew, gathered together some friends with the idea of forming a company to run a steam-driven ferry bridge across the Fal River in place of the old barge-like, man-propelled ferry which was then being used.

The ferry also carried livestock and while a gentleman’s horse was allowed to travel on board, the farmer’s horse and his livestock had to swim alongside. Farmers worried about missing stock would often position small boats downstream to haul out strays.

On April 18, 1888, the King Harry Steam Ferry Company was formed, to acquire the lease and charter for the operation of a steam ferry bridge across the Fal River at King Harry Passage, together with the land and property.

The owner of the land at that time was Mr. C. Davies-Gilbert of Trelissick, who charged a rent of £24 per annum. This lease was originally for 90 years, but in 1934 it was terminated, and the land, property and charter were acquired by the Company from the Trustees of the Davies-Gilbert family.

What's in a name?

Thus there has been a floating bridge operating over the upper reaches of the Fal since 1889 and a rowing ferry for more than 500 years. The new ferry is the 7th to operate on the service since 1888.

There remains some dispute over the why the crossing is called King Harry and the two most common suggestions are both related to English kings. The first and least likely is that King Henry the VIII and one of his wives visited the area to inspect the castles that he had commissioned at St Mawes and Falmouth to protect the strategically important Carrick Roads from French and Spanish privateers and invasion.

The second and more likely reason is that the in the woods to the North East of the crossing point, the local Lord of the Manor had a small Chapel dedicated to King Henry IV and his wife Queen Anne. The Chapel was known as the Chapel of King Henry and over time the Cornish name of Cybellys (crossing or ferry boat) was supplanted by King Harry Passage and thus King Harry Ferry crossing.

Get in touch with us and our friendly visitor information team will be happy to help. Call 01872 862 312 or email info@falriver.co.uk 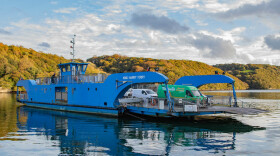 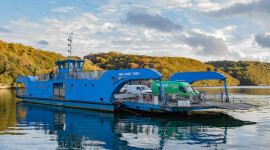 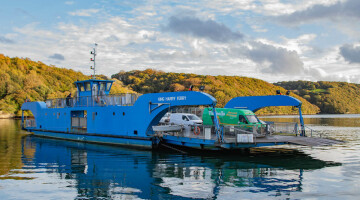 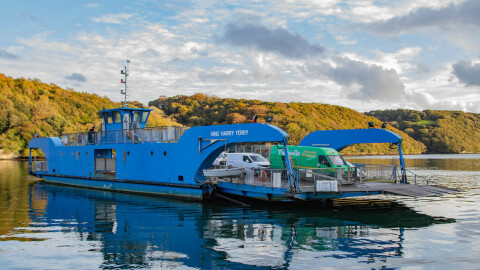