History of the St Mawes Ferry

Boat trips between Falmouth and St Mawes have always been a mainstay of life on the Fal.

Ferries between Falmouth and St Mawes now run seven days a week, all year round with the crossing taking around twenty minutes.

Passengers enjoy the modern day comfort of our three ferries, a swift crossing and a leisurely journey.

However, the history of the St Mawes Ferry hasn’t always been smooth sailing... 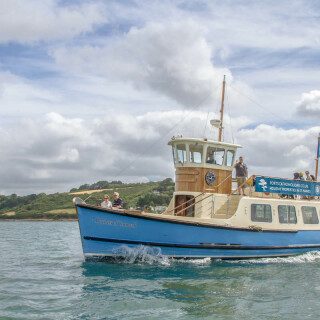 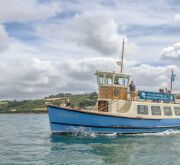 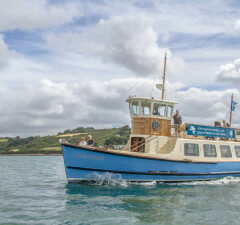 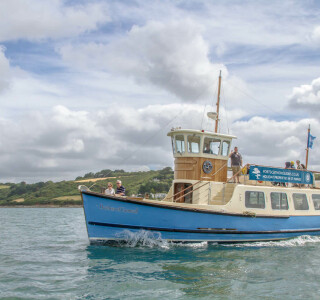 In 2008 we launched our brand new wooden ferry, the Duchess of Cornwall, which was built by Cockwell's Modern and Classic Boatbuilding of Penryn.

Before the advent of motor vehicles and consequent road network the many rivers and quays formed the transport network in and around the Fal Estuary and the route between St Mawes and Falmouth was no exception.

Prior to 1878 and the forming of the St Mawes Steam Tug & Passenger Boat Company, the ferry services between Percuil, Place, St Mawes and Falmouth was provided by an open 30 ft sailing cutter known as the ‘market boat’ which carried passengers, produce and livestock to Falmouth’s market.

In poor weather or light airs passengers were expected to take a hand with the sweeps to reduce the crossing time which was often over an hour. This old cutter was converted to a rowing boat in 1869 and towed behind a steam boat called Wotton-a-Fal Steamer whose arrival revolutionised the St Mawes to Falmouth crossing.

There followed a series of steam boats/tugs, and indeed owners, that increased in size and power as the demand for more regular crossings increased. Many of these original steam boats were later sold to South Africa and new ones ordered from Cox’s Yard in Falmouth.

Wooton finished her time in Belfast having served for 63 years before being broken up. As the company name implies these boats were not primarily passenger boats but built as tug boats for the Port of Falmouth.

It was in 1967 that the St Mawes Steam Tug & Passenger Company was taken over by the Smith Brothers and it seems that the company went through some rather interesting times with some locals believing that they were more interested in the property that came with the business.

In 1968 all four ferries came under the hammer but failed to reach the reserve price and it was not until 1975 that the company was sold to Major Anclife and then, in part due to something of a trade war with some local families who had purchased one of the old ferries back from London, it was sold again to a Mr Mattocks of St Just. Then the ferry wars started in earnest with the Pill family trying to run the existing company out of business. Local fishermen came to the support of the original company and the local policemen tried to calm matters down.

After several more owners the Pill family eventually took ownership of the ferry service and ran the service until the summer of 2003 when the two Pill brothers agreed to sell the company to Cornwall Ferries Ltd.

Since Cornwall Ferries took over the service all the ferries have undergone major refits to bring them up to a very high standard of operation and repair. This has culminated in the design and build of a new ferry built in Falmouth by Cockwell’s fantastic design and build facility in Penryn.

Buy tickets online and get 5% off

SIghts to see on the St Mawes Ferry...

Pick up a Fal Mussel Card for unlimited travel

Get in touch with us and our friendly visitor information team will be happy to help. Call 01326 741 194 or email info@falriver.co.uk 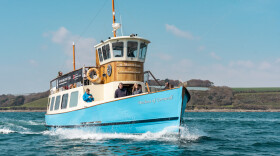 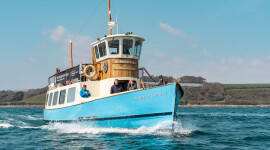 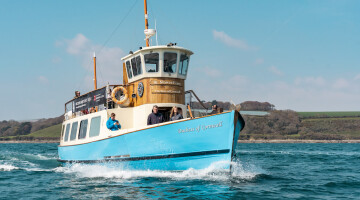 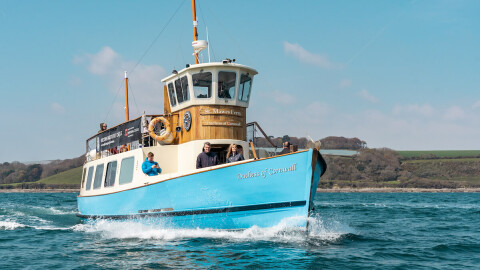